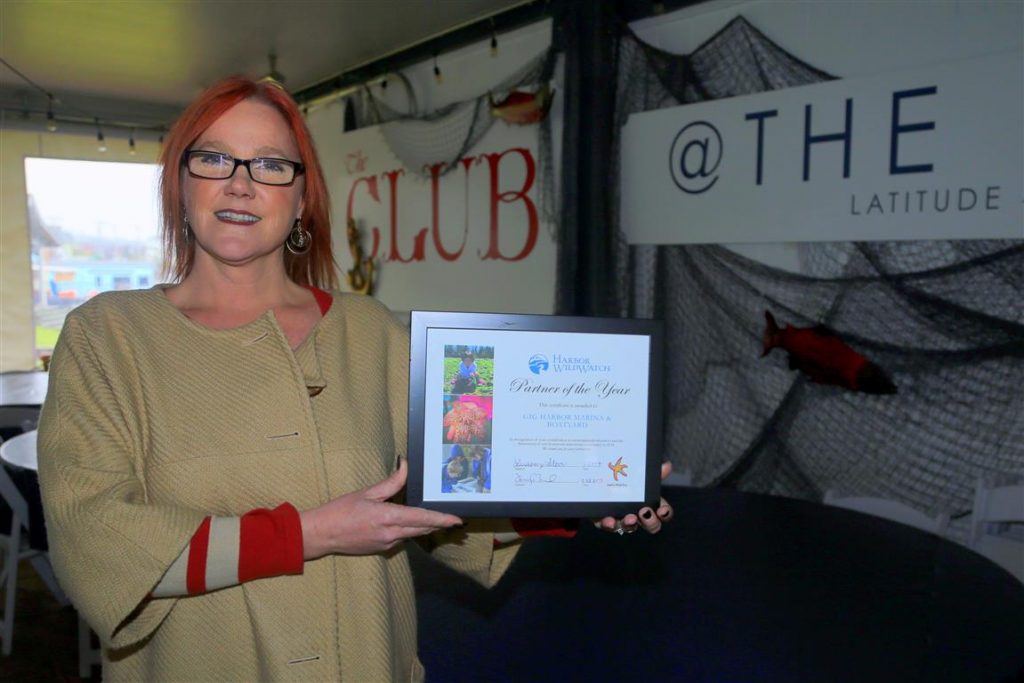 Another accolade came our way late last month and we are so proud of it: Gig Harbor Marina & Boatyard has been named Partner of the Year by Harbor WildWatch.

Coming on the heels of being named 2016 Business of the Year by the Gig Harbor Chamber of Commerce in December, this additional recognition by yet another community partner is an exciting honor.

Gig Harbor Marina & Boatyard Managing Director, Ron Roark, and Hospitality Manager, Danielle Taylor, thought they were attending Gig Harbor WildWatch’s annual meeting last month as just a routine event. They didn’t know they would soon be called up to the front to receive an award.

“We were so surprised,” said Taylor, “and I was very proud. I really love this organization.” 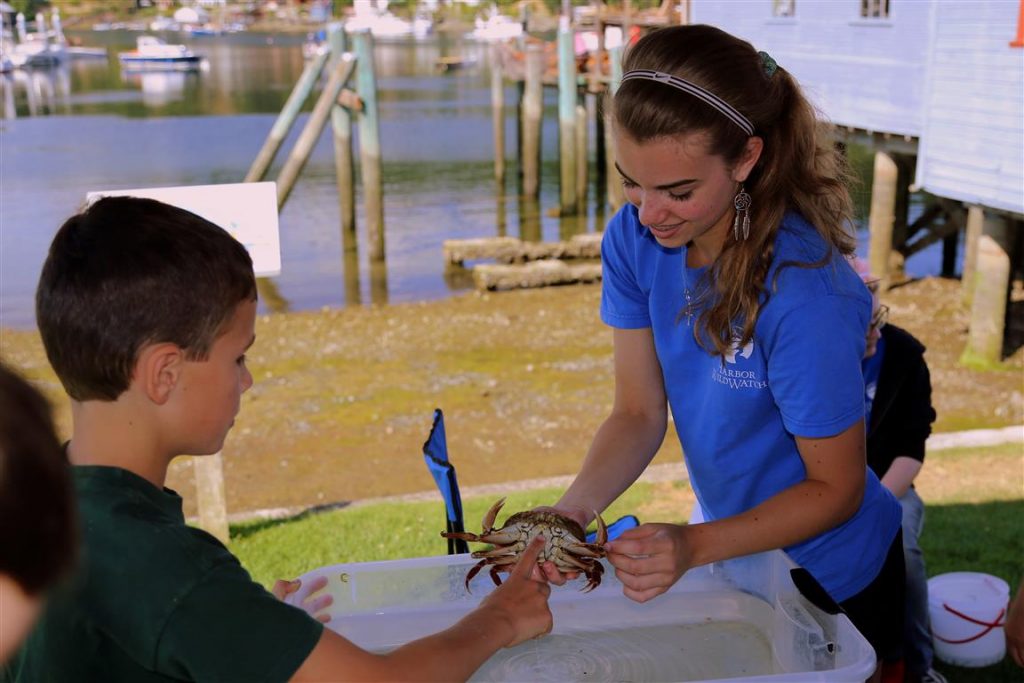 Offering up close and personal experiences with marine creatures in live touch tanks is a popular feature of Harbor WildWatch.

The marine and environmental education organization held its annual meeting at the Harbor History Museum on Jan. 24. The gathering was to thank and honor sponsors, members, partners, the board of directors and staff.

The award reads: “This certificate is awarded to Gig Harbor Marina & Boatyard in recognition of your contribution to environmental education and the betterment of our downtown waterfront community in 2016. We thank you for your partnership.”

The boatyard partners with Harbor WildWatch by holding Pier into the Night live video viewing events at The Club @ the Boatyard, hosting the group’s annual fundraising dinner, donating Club membership dues to the organization, offering classroom space in the Northwest Maritime Academy for monthly volunteer training, and donating The Club venue for the group’s popular “Cocktails & Fishtales” eco-social evenings. (See blog on the upcoming Cocktails & Fishtales on Feb. 15.) 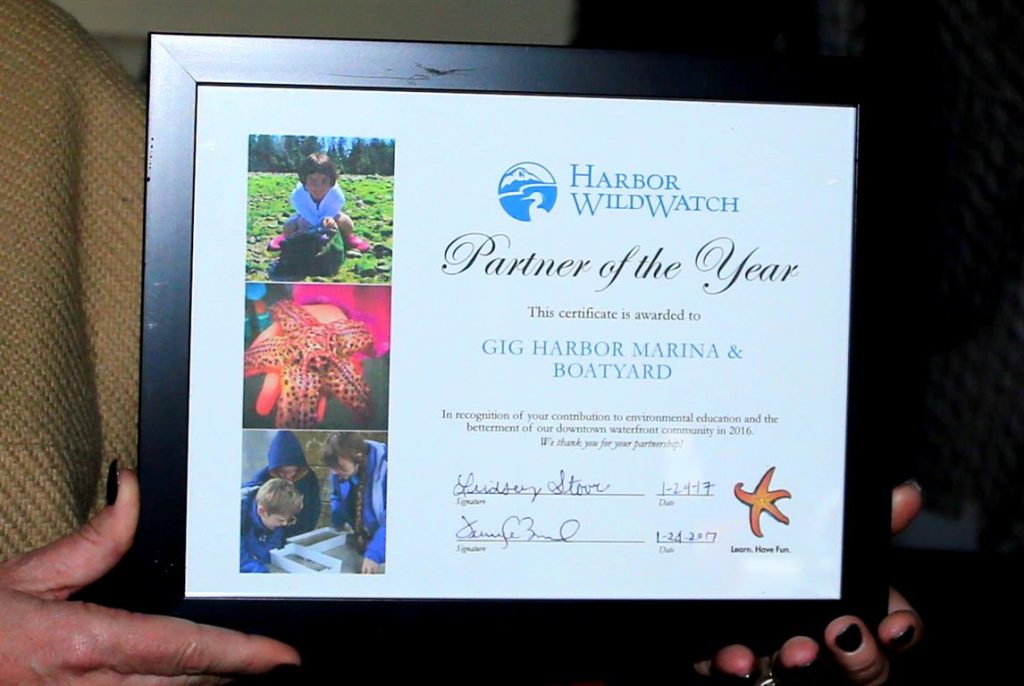 Harbor WildWatch presented Gig Harbor Marina & Boatyard with a Partner of the Year certificate at its annual meeting in January.

“We are proud to be partnering with Harbor WildWatch,” said Danielle. “They care so much and they get the kids so involved –and that means they grow up to be responsible and aware of what’s around us.”

Harbor WildWatch describes itself as a marine and environmental education organization dedicated to inspiring stewardship for Puget Sound. Their website states: “Our motto is Learn. Have Fun and we offer a variety of unique, interactive educational activities for kids, adults, families and visitors of the greater Gig Harbor and Key Peninsula communities.”

Danielle went on to say that Harbor WildWatch has been expanding its youth programs with beach walks and other activities, in addition to the regular live touch tank experiences in the harbor.

“We are proud to be partnering with Harbor WildWatch…I really love this organization” – Danielle Taylor, hospitality manager at Gig Harbor Marina & Boatyard

Being named Partner of the Year with Harbor WildWatch is an honor the boatyard is proud of with its focus on being environmentally conscious.

“We are proud to be a green marina — one of the few green marinas around — and honored to partner with them in being green,” Danielle said.