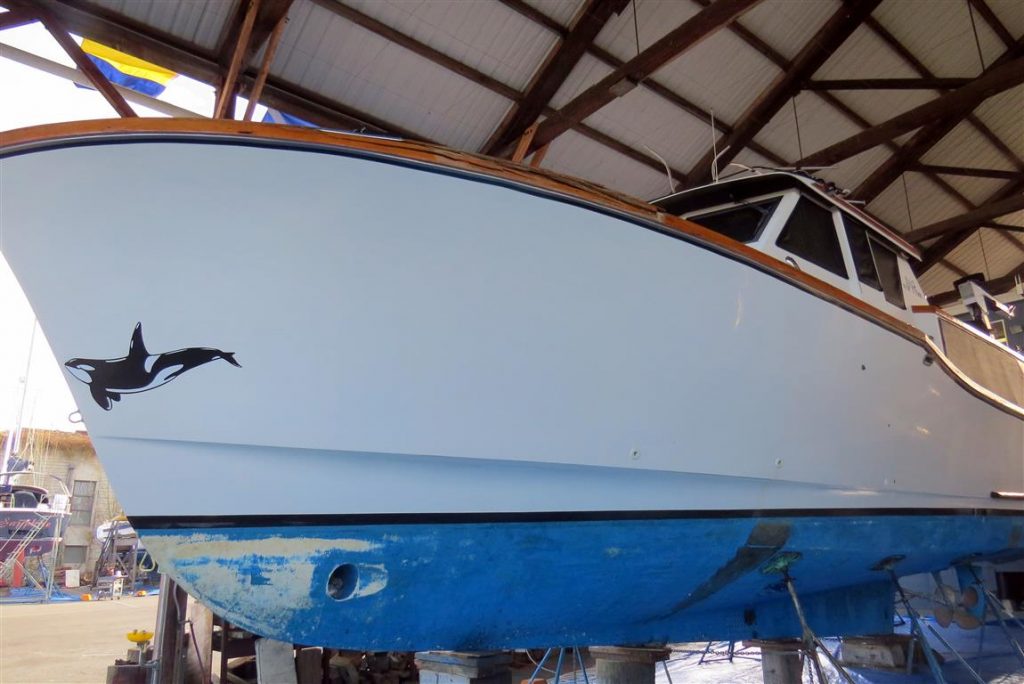 That’s right. We can fix anything down here at Gig Harbor Marina & Boatyard — even when a ferry hits you.

You all heard the astounding news of a pleasure boat colliding with a Washington State ferry back in early December. Well, that boat, Nap Tyme, is now on the hard for repairs here at Gig Harbor Marina & Boatyard.

Fortunately, no one was injured when the North Coast 48 from Gig Harbor collided with the state ferry Chetzemoka on the behemoth vessel’s run between Point Defiance and the southern tip of Vashon Island. 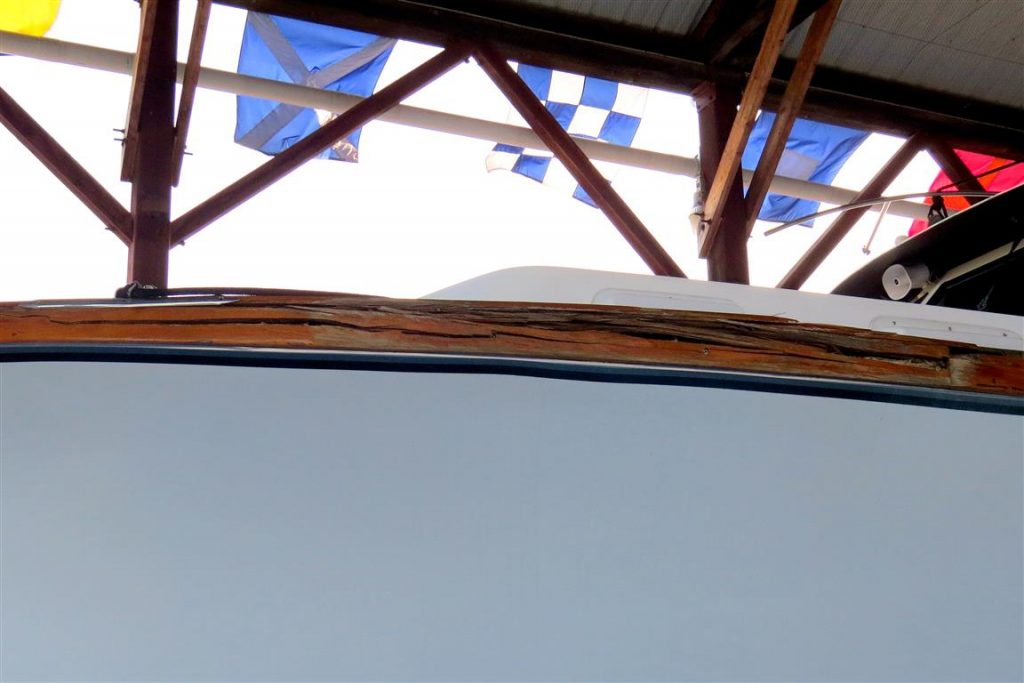 Damage to “Nap Tyme’s” teak cap rail was the most visible result of the yacht’s ferry collision in Puget Sound.

“Had it been any other type of boat…it would’ve just crumbled,” Nap Tyme skipper Clarke Swanson told KOMO News after the accident. Apparently, Swanson, a live-aboard from another marina in the harbor, was below deck at the time his yacht was crossing the ferry lane. And no, he wasn’t napping, as his boat’s name may suggest.

An inspection found that both vessels were OK after the collision and the ferry was delayed for just 30 minutes before the Coast Guard cleared both boats for travel.

The crew at Gig Harbor Marina & Boatyard is putting in a new deck in the area damaged by the ferry collision on Dec. 4, 2016.

While neither vessel sustained serious damage, the impact was enough to cause Swanson to bring his boat to Gig Harbor Marina & Boatyard for repairs.

Starting with new decking in the area of the collision, the crew is repairing the North Coast’s fiberglass inside and out, said boatyard Service Manager Chris Hawke.

“It’s all pretty visible damage,” he said, especially once the guys started peeling back the layers to investigate.

“When we got the hull lining in the forward stateroom out, we saw a tear in the interior skin,” Hawke said.

So shipwright John Iverson and yacht rigger/fiberglass laminator Carl Conner removed the inside cabinetry to access the damaged fiberglass on the interior. The tear in the fiberglass wall required grinding down to solid material before Conner could begin re-laminating the interior skin.

“We learned it was a foam-cored structure, which we couldn’t tell from the outside or from hammer-tapping,” added Hawke.

Iverson, whose many shipwright talents include beautiful wood-working, is building a new teak cap rail piece for the damaged area on the North Coast.

Then Nap Tyme will be ready to return to its restful — and ferry-free — moorage up the harbor. 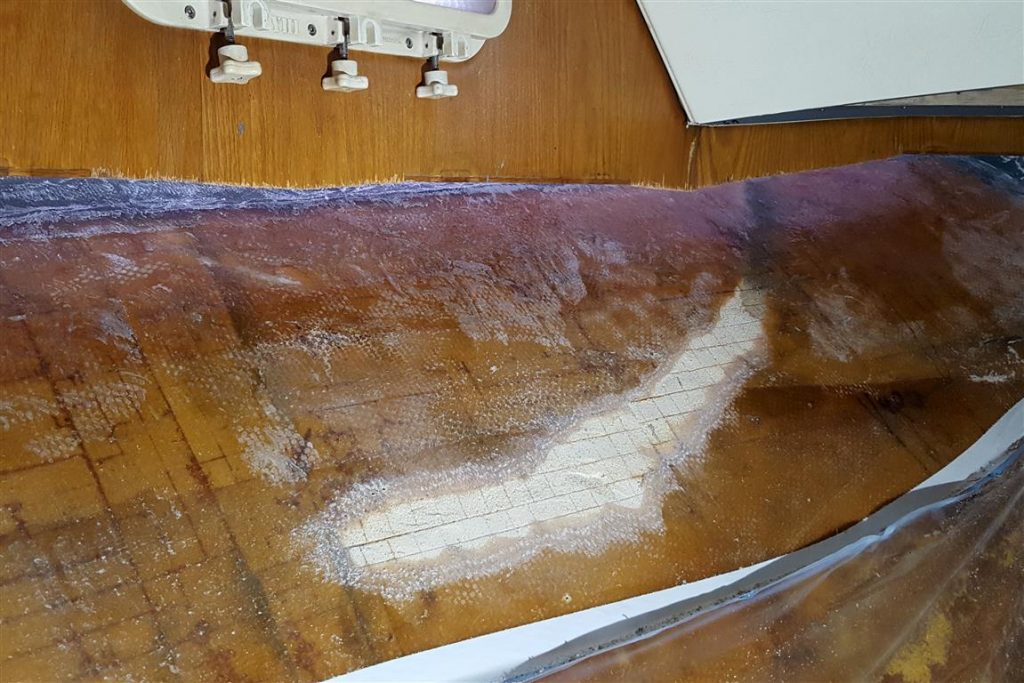 Removal of the hull lining in the forward stateroom revealed a tear in the yacht’s interior skin.

Neither skipper was cited after December’s ferry collision, but the Coast Guard pointed out the simple rule of all boaters needing to be alert at all times to prevent such accidents.

But accident do happen and when they do, we can fix you up here at Gig Harbor Marina & Boatyard. Yes, even when a ferry hits you.