The Gig Harbor Dragons breathed fire down opponents’ backs for a third place finish at the Rainier Dragon Boat Festival earlier this month. The local dragon boat, near and dear to boat owners The Northwest Maritime Academy and Gig Harbor Marina & Boatyard, narrowly missed securing the second place medal at the annual paddlers festival on the Foss Waterway in Tacoma.

The Gig Harbor Dragons-PenMet Parks team was just two seconds behind the second place boat, said crew member Margaux Serock, holding up her thumb and forefinger to show the tight finish. She dropped by Gig Harbor Marina & Boatyard, a sponsor of the Dragons, last week to show off the crew’s third place medal and the new team logo that she designed. “We got third place,” she said, “but we were this close to second!”

The Gig Harbor Dragons finished third out of eight teams at the annual Rainier Dragon Boat Festival on May 7. The regatta, sponsored by the Tacoma Dragon Boat Association, drew paddlers from Puget Sound and the Pacific Northwest to the competitive fun on the Foss Waterway. The 500-meter race course was out in front of Thea’s Waterfront Park in downtown Tacoma. See the Rainier Dragon Boat Festival Awards Ceremony on YouTube and check out the Gig Harbor Dragons-PenMet Parks on Facebook. 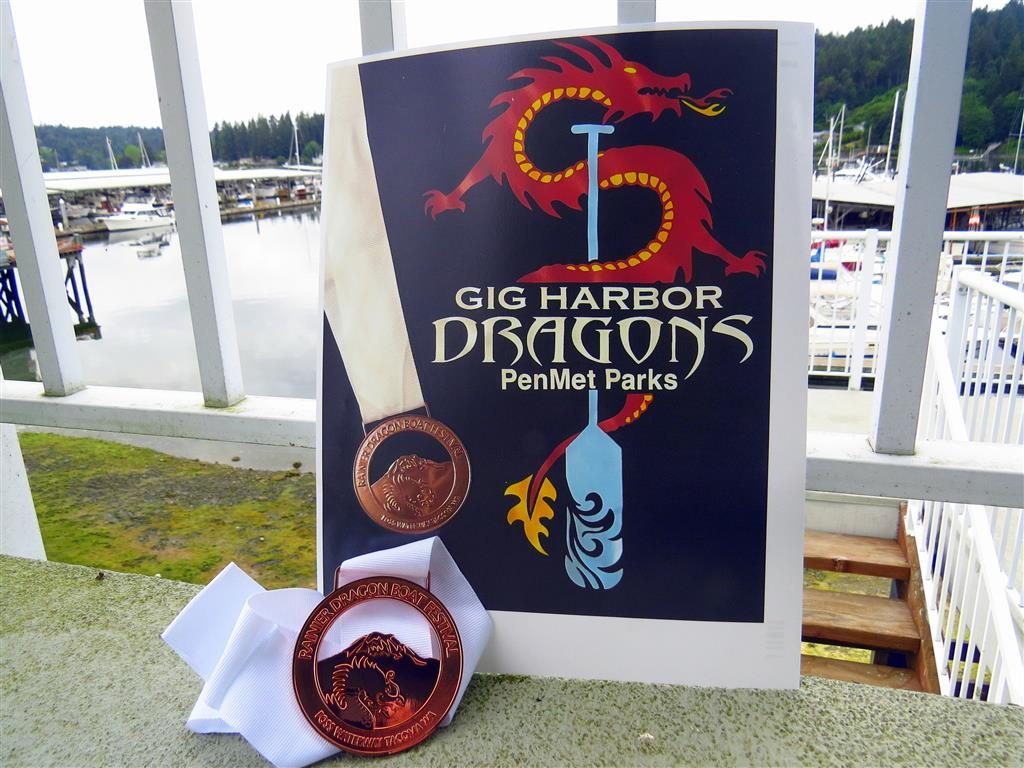 Gig Harbor Marina & Boatyard bought the community’s dragon boat last spring and it is now owned by the The Northwest Maritime Academy at the marina. The local Dragons initially operated under the wing of Gig Harbor Canoe & Kayak Race Team, but are now affiliated with PenMet Parks, said Sharon Shaffer, team organizer. Thus, their full name: Gig Harbor Dragons-PenMet Parks. Serock, owner of Margaux Marine Graphics in Gig Harbor, redesigned the team’s logo and helped the team get new jerseys, hats, jackets and a sandwich board for marketing.

“We got third, but we were this close to second.” — Margaux Serock 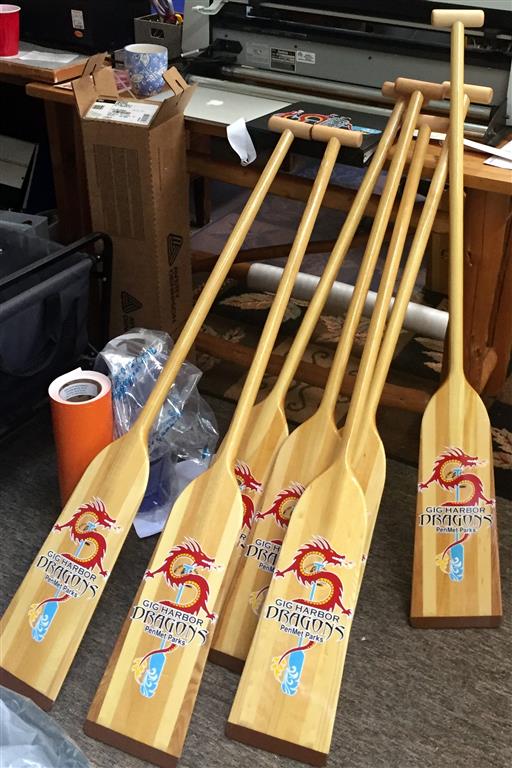 She also applied the logo to new team paddles, gifted by the Gig Harbor Rotary Club and PenMet Parks. Margaux’s husband, Ed, is building a replica of the long, ornate dragon boat to use as a float in the upcoming Maritime Gig Festival parade in Gig Harbor June 4-5. The Gig Harbor Dragons-PenMet Parks team will be having a membership drive to recruit new members during the Gig Fest, said Ron Roark, Gig Harbor Marina & Boatyard general manager.

“Through the support of PenMet Parks, we now have certified five steerers/coaches through the Tacoma Dragon Boat Association,” she said. “And the kind guidance of Mike Gherke and other coaches there. We also have certified eight of our members in CPR, since safety is our highest priority.”

The crew practices both mornings and evenings to accommodate the variety of schedules and careers among team members, said Shaffer. They currently practice in the harbor on Tuesdays from 6:30 to 7:30 a.m., and also Tuesday evenings beginning around 5:30 p.m. They also practice on Saturdays at 10:30 a.m. and have recently added a “rigorous” race practice on Saturday mornings at 9:00.

“Even in the summer, when Skansie concerts are rocking, we will have the boat out and then make it to the 6:30 concert,” Shaffer emailed. “Pretty fun Gig Harbor evening, huh?!” 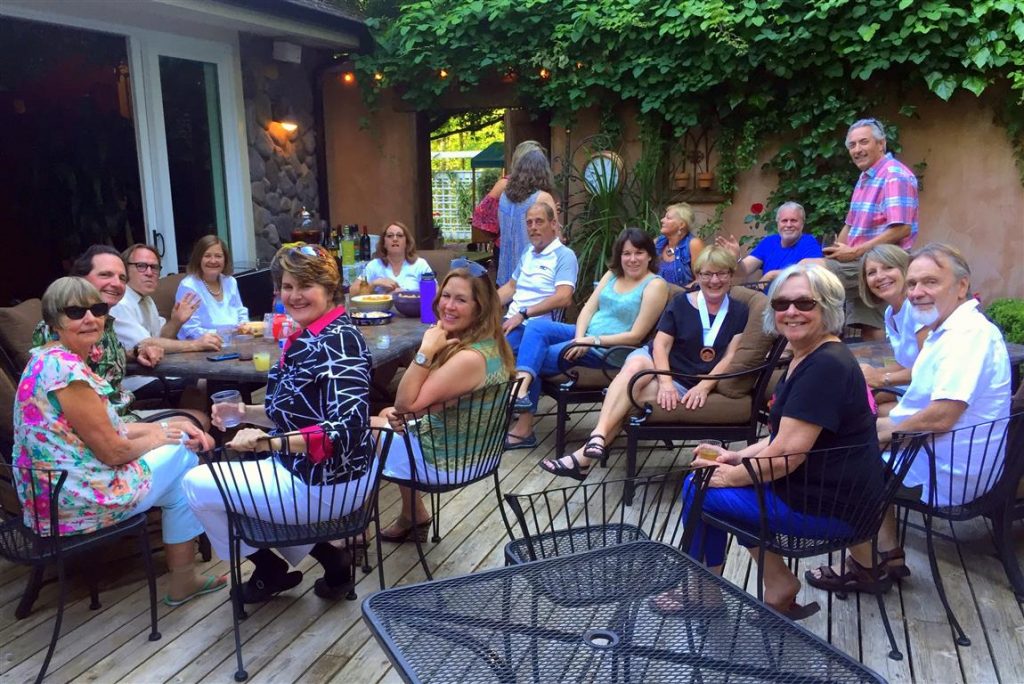