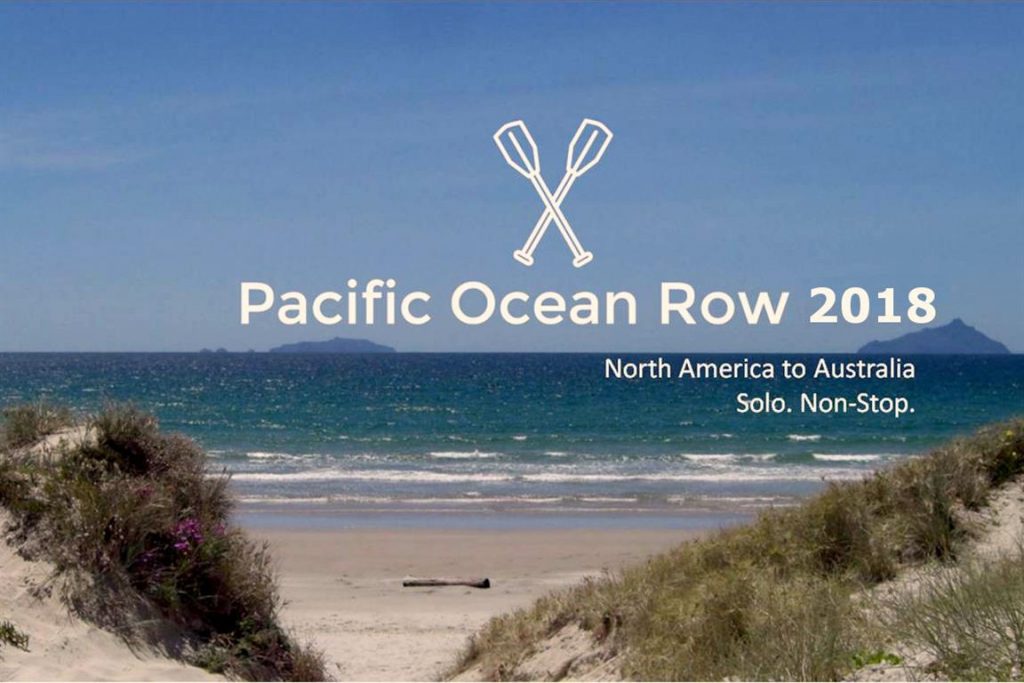 Jacob Adoram Hendrickson, who set out July 7 on his quest to be the first person to complete a solo, unsupported row across the Pacific Ocean, is still under way and making good progress.

As of Aug. 28 he was about 500 miles offshore of California, at the same latitude as the Texas panhandle. You can follow Jacob’s progress on Facebook and see his comments and those of his support crew in touch with him from land. 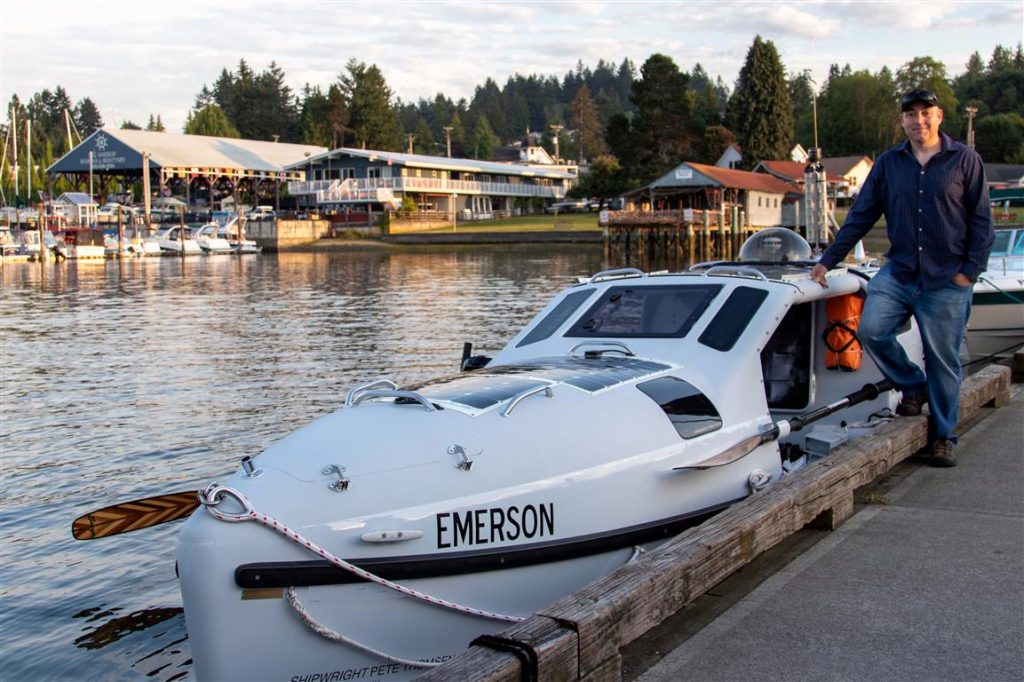 Pacific rower Jacob Adoram Hendrickson showed visitors his rowing vessel Emerson during his send-off party at The Club @ the Boatyard in June. (Photo by Chance Busey)

Aug. 28 – Fun fact:
Jacob is now at the same latitude as the Texas panhandle!

Aug. 24 – Question of the day:
If you were to row across the Pacific ocean, how many sets of oars would you pack? Anybody want to guess how many Jacob has with him? The correct answer is 4. Jacob has 3 sets of normal oars and 1 set of the collapsible type.

Jacob’s extra oars are secured to the side of Emerson, his 28-foot custom-built rowing vessel.

Aug. 7 – Hey guys! We just got this update from Jacob:
“Last night was the first night with a super clear sky and no moon early in the night. The sky looked magical! The International Space Station actually looked close, passed almost straight overhead. It’s insane how much stuff is up there.”

Aug. 6 – Looks like Jacob has encountered some rough weather, this is why you may have noticed some back-tracking. Fear not, he is in good spirits and Emerson is handling it like a champ!

Pacific Rower is in Good Spirits Despite Some Back-Tracking 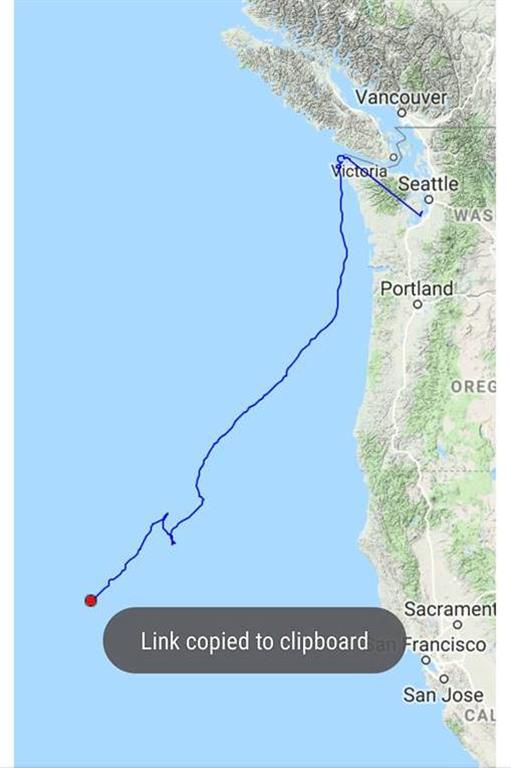 As Hendrickson tells us on his website, he calculates that his record-setting journey will traverse the Pacific across 7,145 statute miles of open ocean, making it the longest solo, non-stop attempt from North America in the history of modern ocean rowing.

The former U.S. Air Force fighter pilot set out from Neah Bay, Wash., on July 7, on his 28-foot custom-built boat, Emerson. Jacob’s plan is to not touch land until he reaches his destination, which is Cairns, Australia.

Very importantly, he is partnering for clean drinking water on his journey with Water Mission, which works to build safe water solutions around the world.

Read more about the Pacific rower’s record-setting journey in blogs on this website, including his Meet Jacob party at The Club @ the Boatyard.