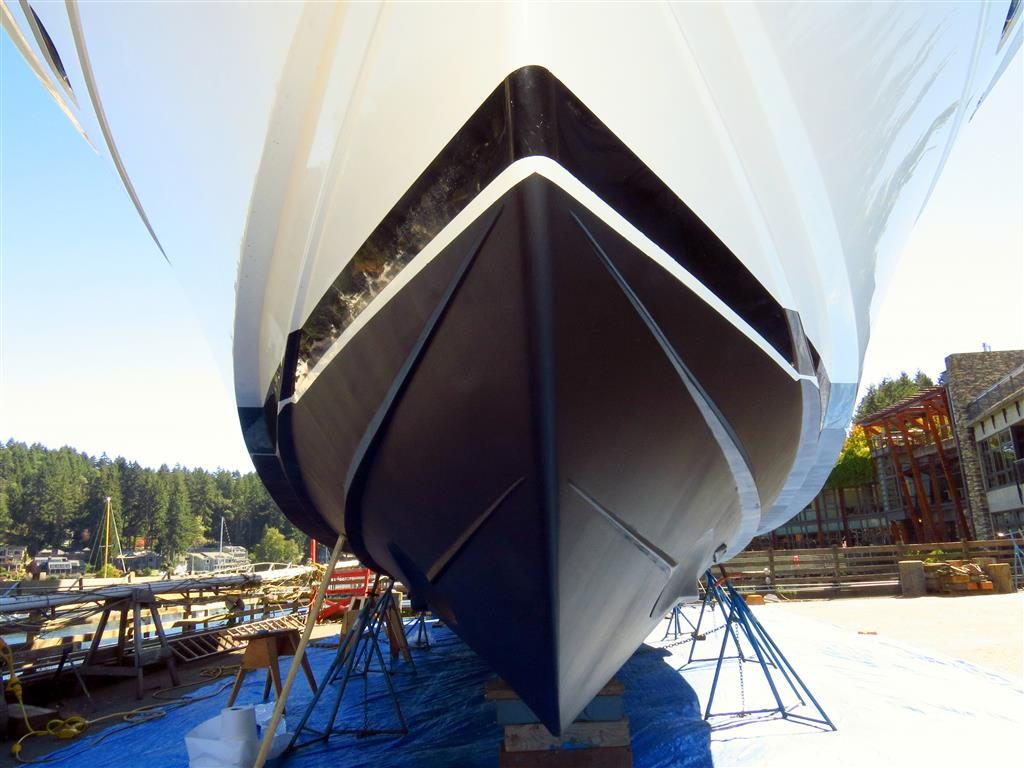 Boat owner Frank Ruffo was surprised at the amount of bottom growth on his Hampton 58. He has beautiful Sayonara hauled out for service at Gig Harbor Marina & Boatyard on a regular basis, but this time the crusty barnacle colonies seemed thicker than usual. The time was right for a complete bottom package for the big cruiser from Gig Harbor. 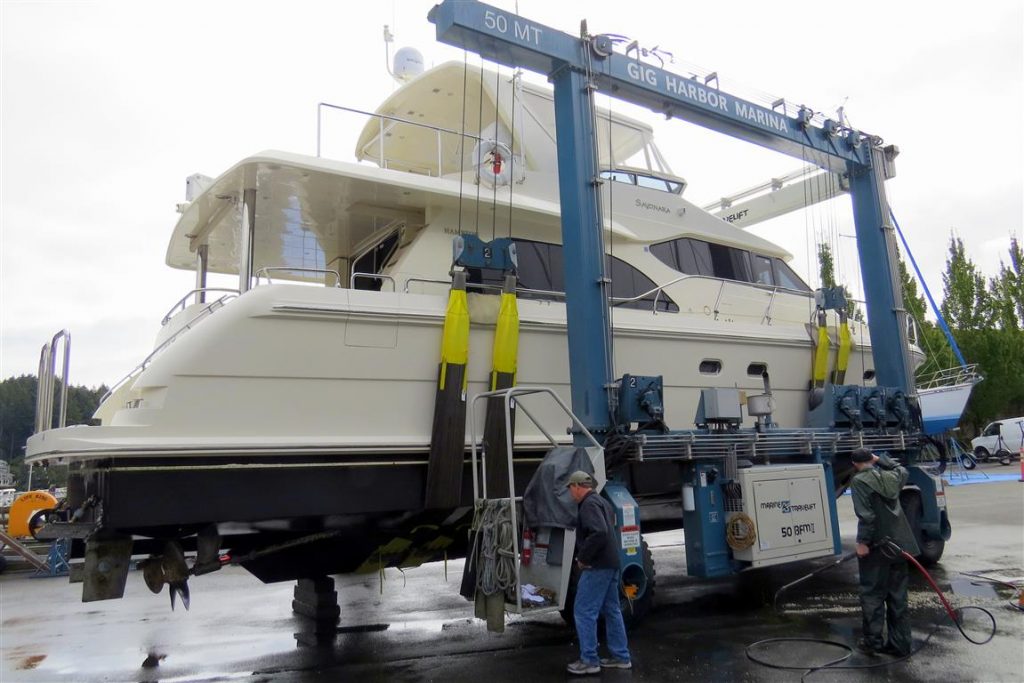 I was at the boatyard last week just as Kyle Lawrence of the paint shop finished pressure washing the spectacular yacht still cradled in the Travelift. A boat that big draws you in like a seal to herring and I started snapping pictures as lift operator Mark Rybin began maneuvering the large cruiser to a blue tarped area of the yard reserved for big boats. 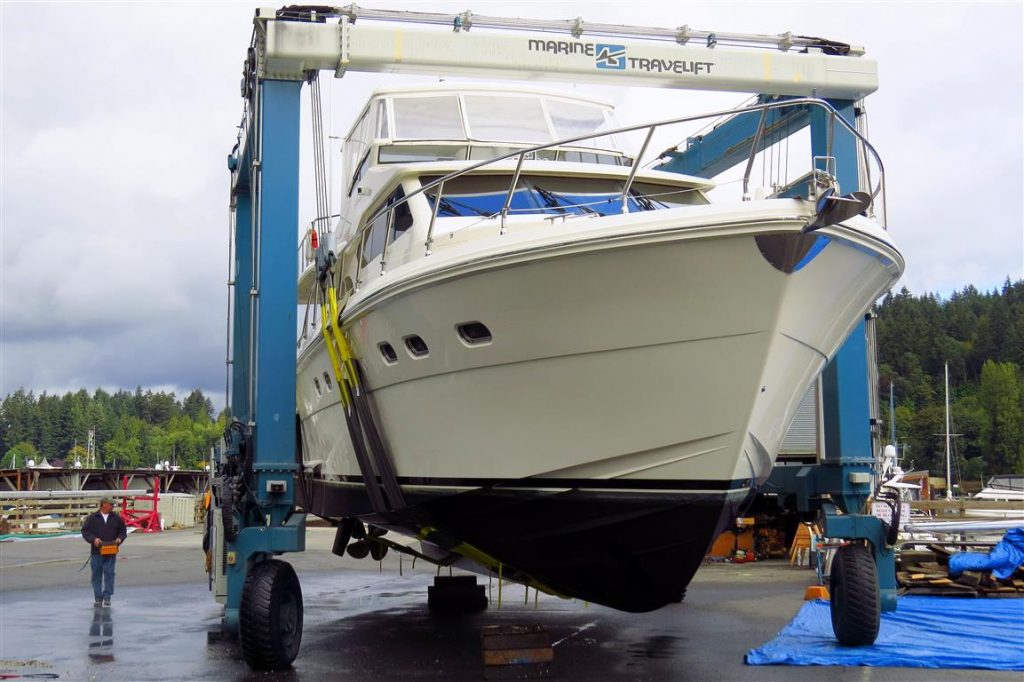 “She’s a big girl,” said Rybin, deftly working the control box of the 50 metric-ton Marine Travelift and its enormous load. “I even put new straps on the lift. It’s a lot of boat,” he finished, casually estimating the Hampton’s weight at 70,000 pounds.

I gave Mark and Sayonara plenty of space and focused on a tug up on stands nearby until the big Hampton was situated. A man with wavy gray hair was climbing out of truck and I wondered which boat was his. 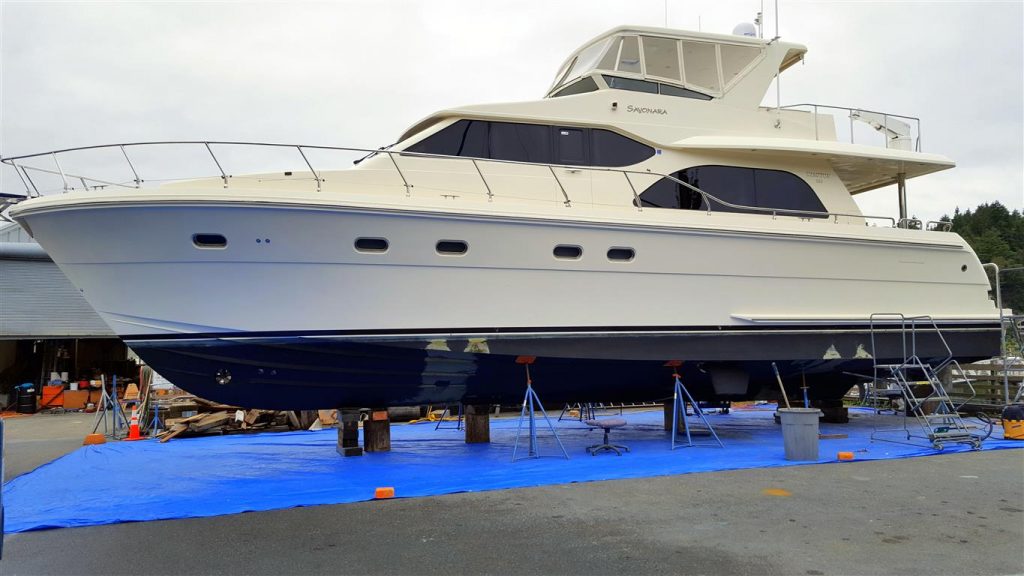 “Which one is your favorite?” he asked. It was a test and I had to make a quick guess at which boat was his.

“Well, this tug is pretty neat,” I hedged, hoping it was the one he was there to see. “But that big one is –”

“That one is mine,” he said, striding across the yard to the blue tarp where Rybin and the 50 metric-ton marine Travelift had just set down the 58-foot Hampton. 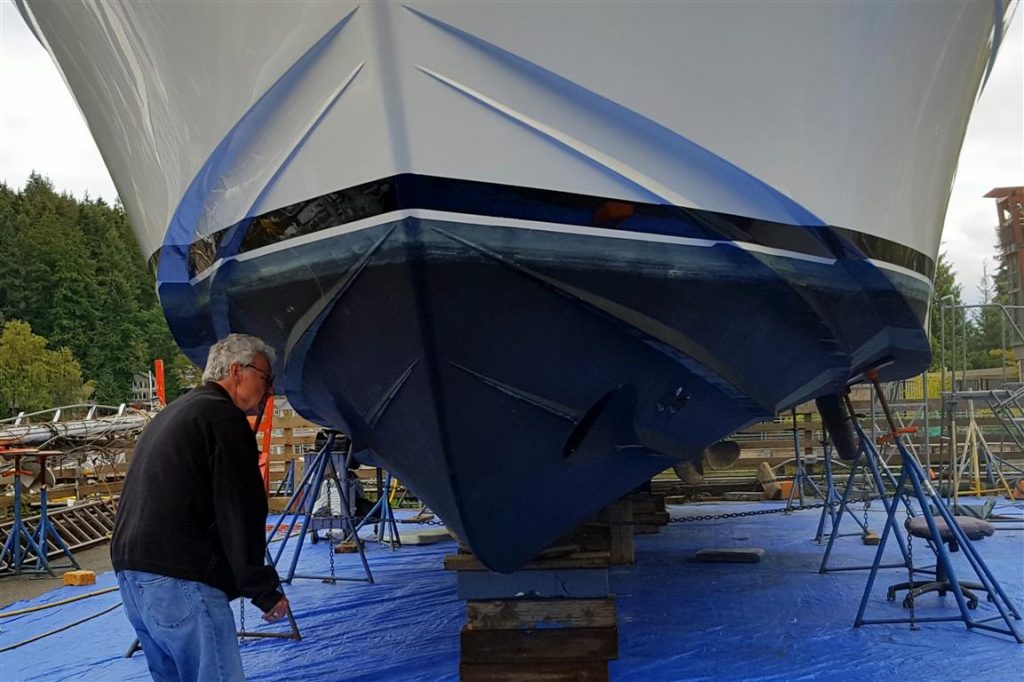 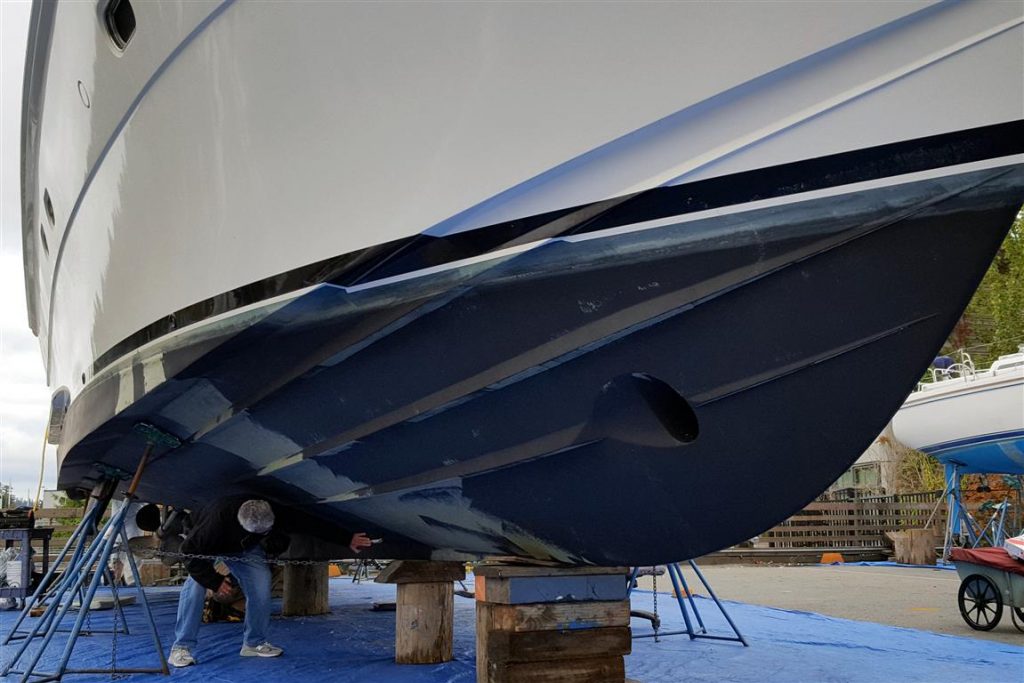 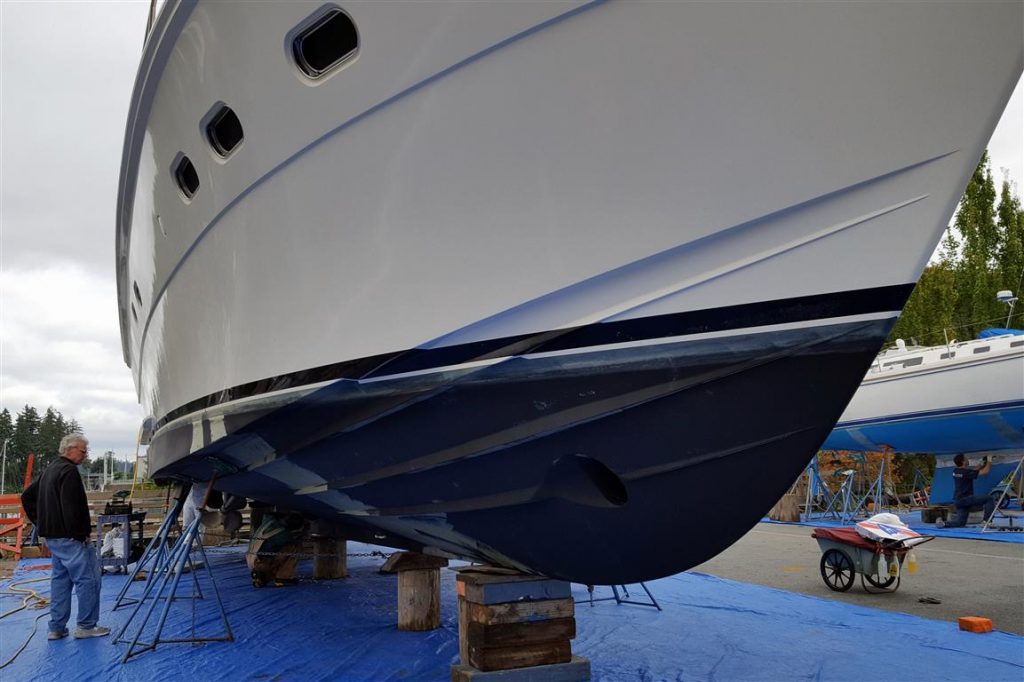 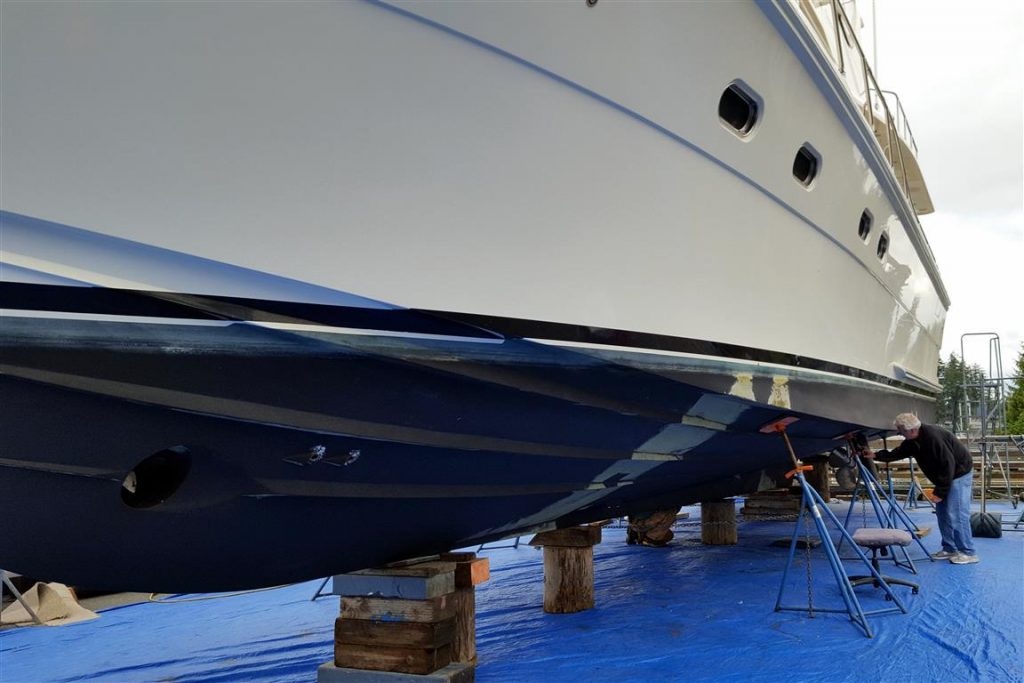 Ruffo got busy looking over his boat, which he has owned for eight years since he bought her new. He checked out places where insistent barnacles had gained a stronghold since he last had a diver clean Sayonara’s bottom. He peered into her bow thruster, ran his fingers over the crusted kelp cutter and surveyed her shaft and prop. 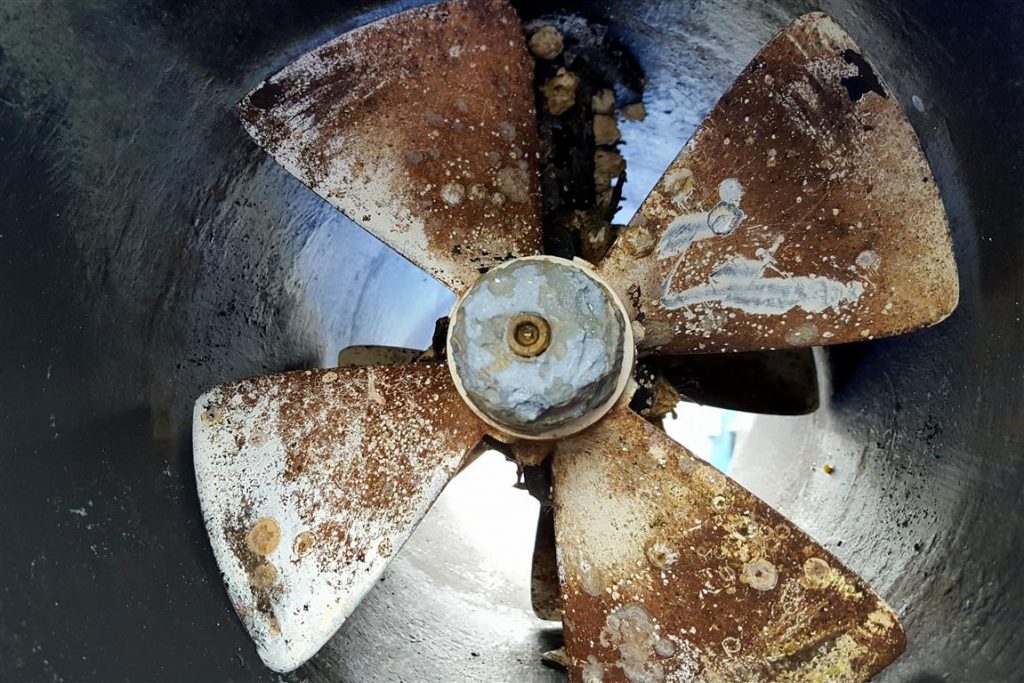 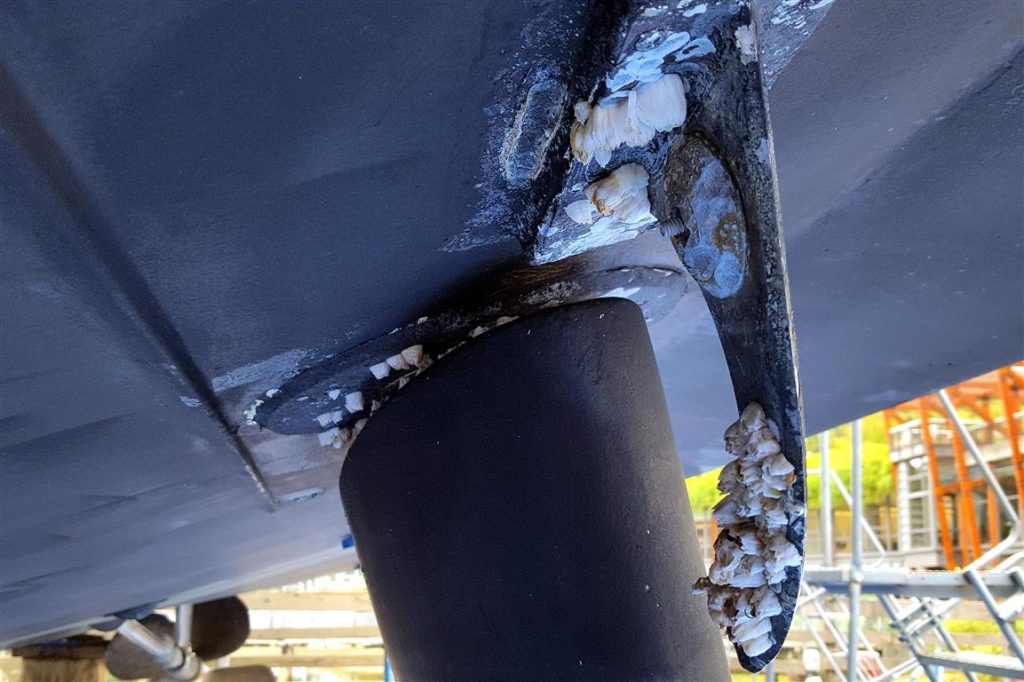 “That’s a lot of growth,” he said, shaking his head. He has the Hampton hauled at Gig Harbor Marina & Boatyard every three years, and has a diver go down to clean her bottom and check things out in-between. He spends much of the summer up in the San Juan Islands and other points north. Maybe just a summer of warmer water up there, I offered. 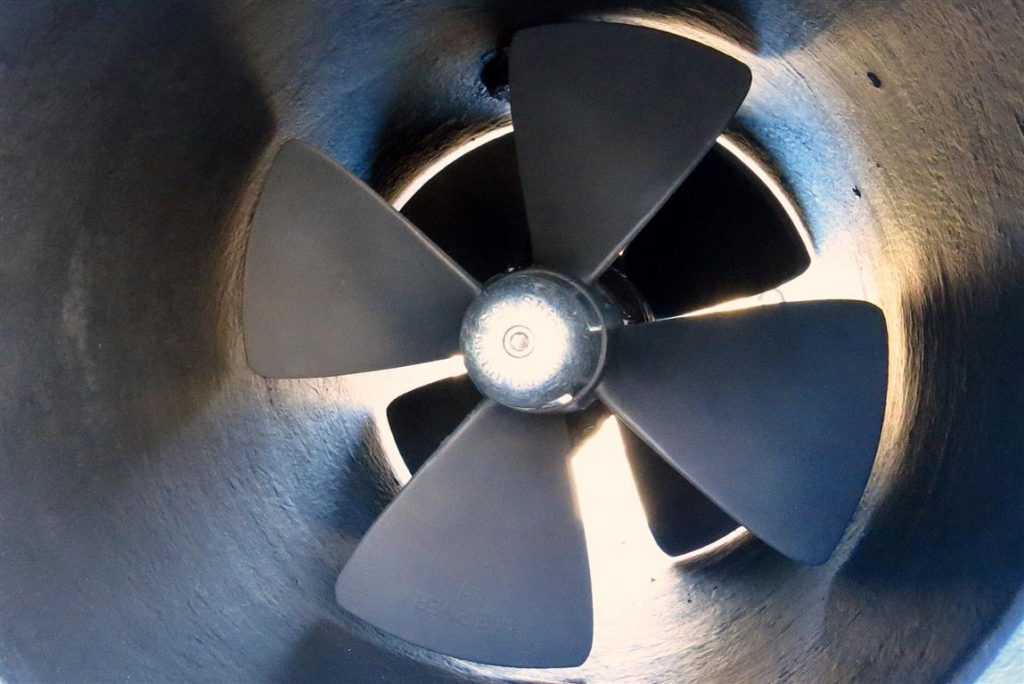 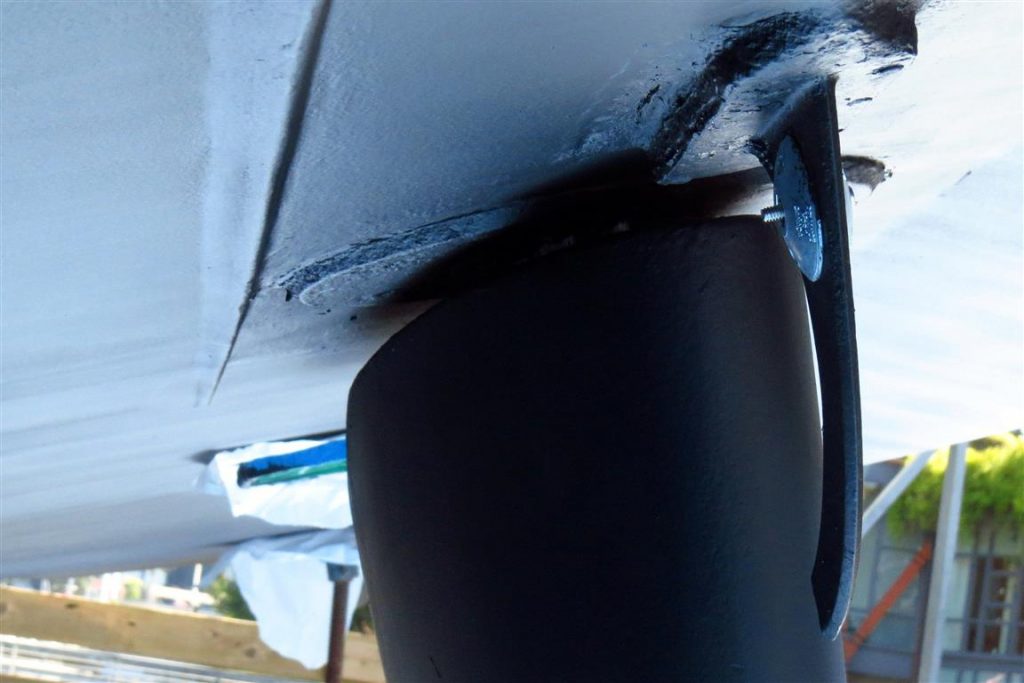 Whatever the reason, none of it is a problem for the crew at Gig Harbor Marina & Boatyard. Sayonara came in for a complete bottom package and the guys had the big girl cleaned up in no time. They scraped and cleaned her running gear, sanded the entire bottom of the boat and gave her two coats of fresh, smooth bottom paint. Photos above show Before and After cleaning and painting the Hampton’s bow thruster and kelp cutters. 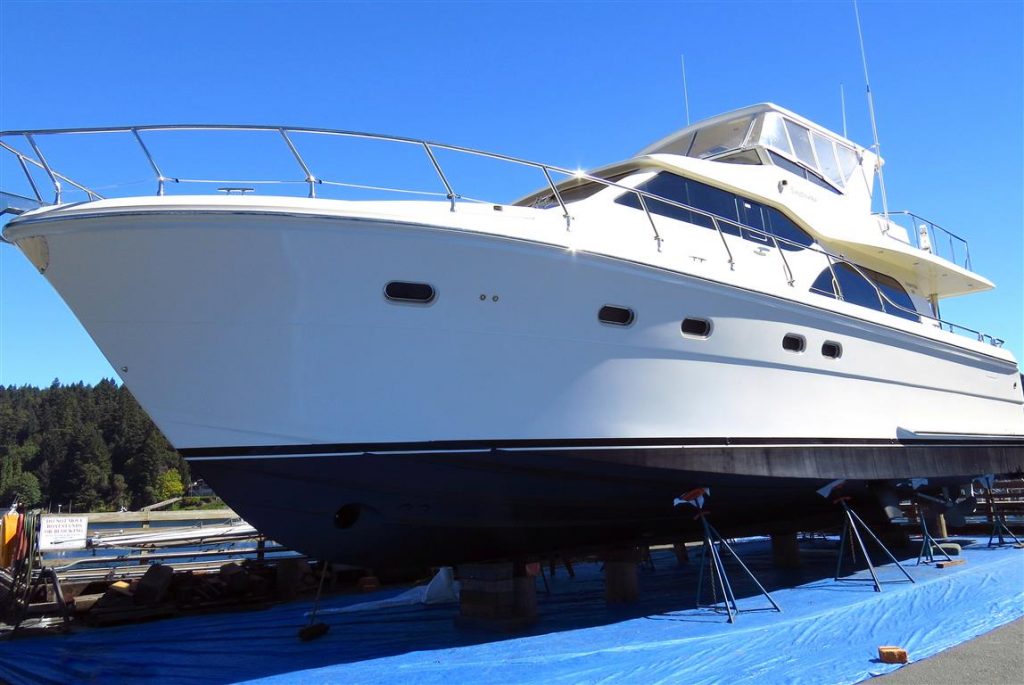 Stunning Sayonara will be saying goodbye to Gig Harbor Marina & Boatyard in the next few days, smooth and clean for her next cruising adventure. After your summer on the water, bring your boat in for our bottom package, including cleaning, sanding and painting.