The Gig Harbor dragon boat team brought home a pair of colorful medals from the Seattle Dragon Boat Festival on July 30. The Gig Harbor Dragons-PenMet Parks crew paddled to a gold medal in the Novice Community Division and a bronze in the Novice Division on Lake Union last Saturday.

The community team’s dragon boat is owned by the The Northwest Maritime Academy at Gig Harbor Marina & Boatyard, and the marina and academy are avid supporters of the paddlers’ competitive efforts. Spend any time with the enthusiastic Gig Harbor Dragons and you’ll feel the paddling fervor catch fire.

“Winning both a GOLD and a BRONZE…topped the day.” – Gig Harbor Dragons 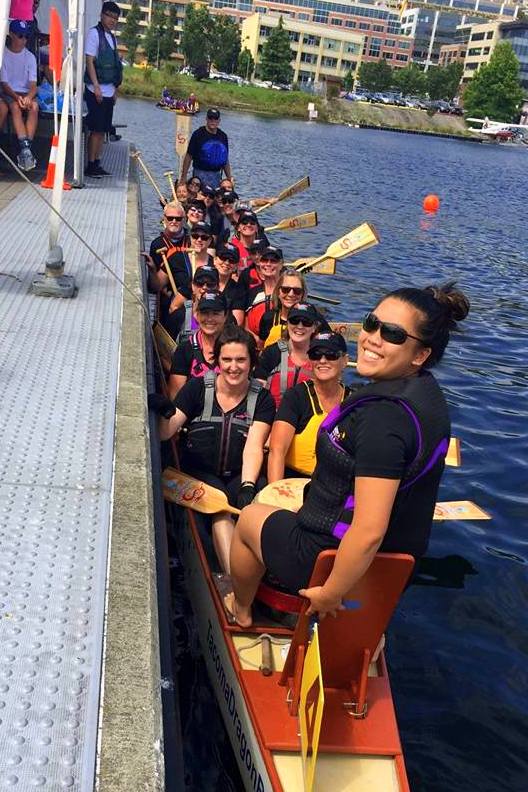 “On Saturday at the Seattle Dragon Boat Festival, we Gig Harbor Dragons-PenMet Parks totally rocked!” posted a crew member on the team’s Facebook page. “We had a blast at South Lake Union all day, but, of course, winning both a GOLD and a BRONZE medal among our 11 competitors topped the day. We had a great start and a strong middle — and a bit of confusion in the last 20 meters that cost us the silver. But…it was so much fun and we took 15 seconds off our time from the Tacoma race. Well done, team! Amazing crew! Paddles Up High!”

Dragons head coach Al Abbott sent his team this email the day after their performance at the Seattle Dragon Boat Festival:

“PADDLES UP! Here’s to the winners! Thank you to all who paddled and came out to support us in Seattle. You are all truly ambassadors of our club and of Gig Harbor. Bravo!”

Abbott included this link to a YouTube drone video of the Seattle Dragon Boat Festival. Check it out and “be inspired to join this fun sport!” he said.

“As you can tell, we have a very special team.” – Coach Al

The coach added that the Gig Harbor Dragons, a fairly new team at competitions, enjoyed tremendous support from other dragon boat programs.

“What struck me most about yesterday was far beyond the medals,” he told his team in his email. “It was our camaraderie and the overwhelming acceptance by the dragon boat community of the Gig Harbor Dragons. We were cheered by the Tacoma, Seattle, Kent and San Francisco clubs.

“We were championed by the event organizers. Koichi, the head organizer of the Seattle event, showered us with praise. The Kent club has invited us to paddle with them and they will paddle with us, and so will the Tacoma club. I received invitations from the San Francisco, Portland and Canada clubs (Victoria and Steveston) to come join them at their events and festivals.” 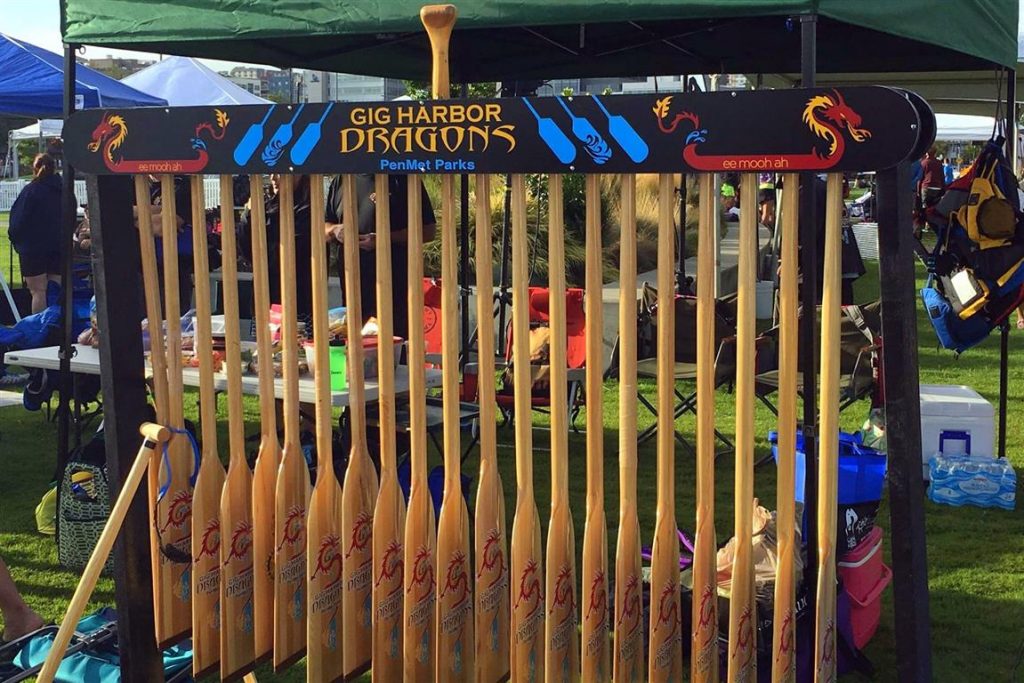 The Gig Harbor Dragons also got a lot of attention at the Seattle Dragon Boat Festival for their attractive paddle rack made by crew members Ed and Margaux Serock. It will be displayed at all races as it holds the team’s beautiful paddles donated by the Gig Harbor Rotary and Pen Met Parks.

The team invites anyone interested in a fun workout and meeting new friends to join them. Visit the Gig Harbor Dragons-PenMet Parks on Facebook and see videos and posts about last Saturday’s festival on Lake Union and other races.

“Be inspired to join this fun sport.” – Coach Al of the Gig Harbor Dragons 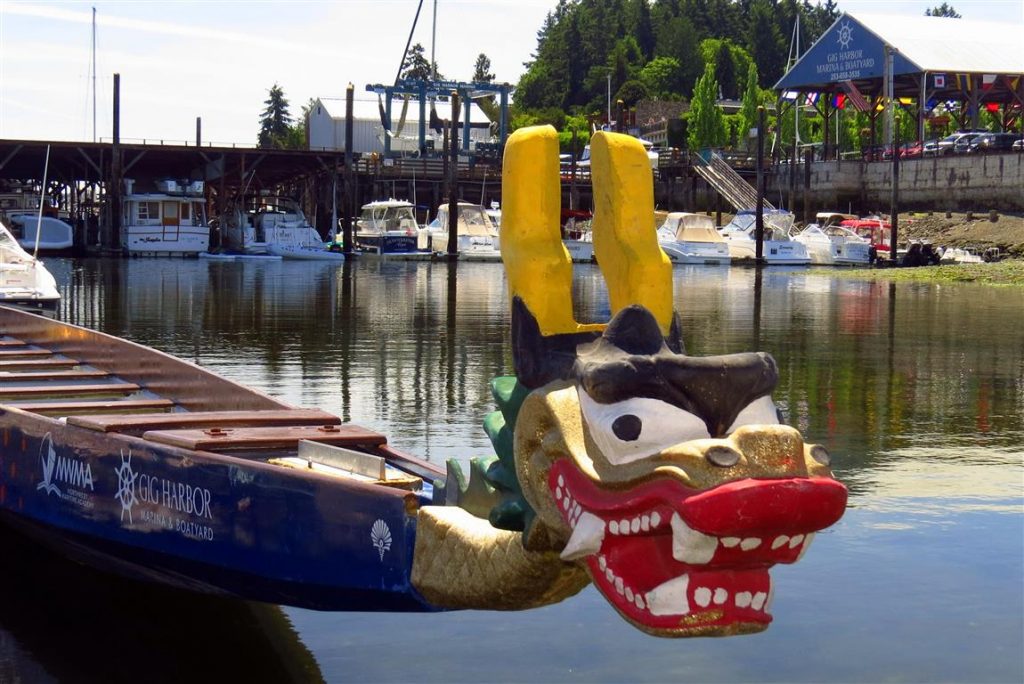