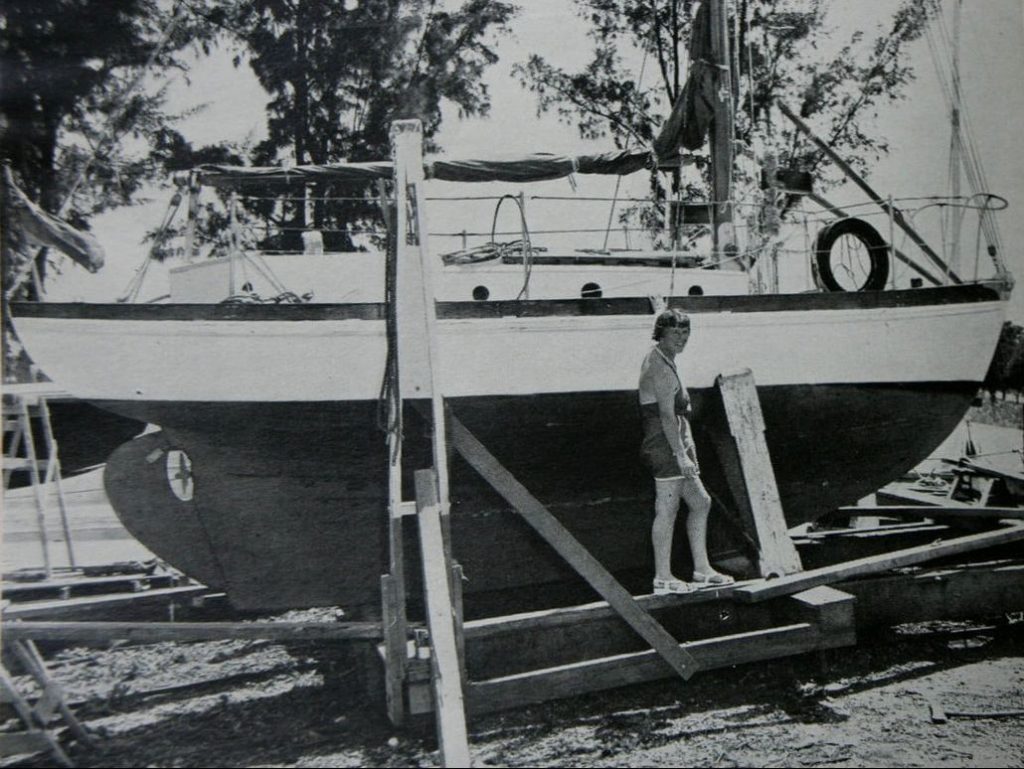 Historic vessel Felicity Ann June is making a stop in Gig Harbor today, and you are going to want to see her. The 23-foot sloop is the boat sailed by the first woman to make a solo Atlantic crossing more than six decades ago. 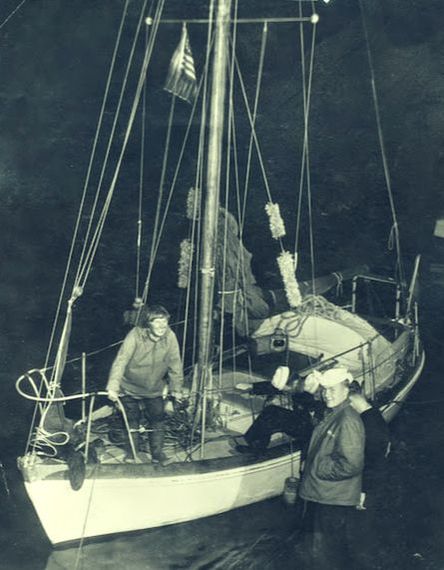 Ann Davison aboard Felicity Ann, near the conclusion of her trans-Atlantic voyage on the East Coast of the U.S.

Without the aid of modern conveniences such as sat-navs, constant radio communication and an on-hand support team, Ann Davison (1914-1992) of England single-handedly sailed the little wooden sloop from Plymouth, England, to New York in 1952-53.

Felicity Ann arrived at Jerisich Public Dock in Gig Harbor yesterday afternoon and will depart on June 28.  The public is invited to come down and see this record-setting sailboat during an open house on June 27 from 10 a.m. to noon and from 3 to 6 p.m. A presentation will be held at the Harbor History Museum at 6 p.m. as part of the museum’s Humanities in the Harbor lecture series.

Felicity Ann’s stop in Gig Harbor is part of a “Victory Lap” she is making around the Salish Sea with an all-women crew, calling at eight ports in three weeks (June 15 to July 7, 2018) to share her “floating story.” The boat will be open to the public with informational placards and an engaging free slideshow presentation about the adventurous life of the sloop’s sailor, Ann Davison of England. 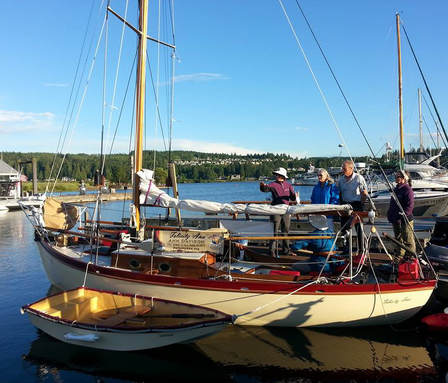 The public is invited to stop by and learn about Felicity Ann and her historic trans-Atlantic crossing.

Come down to the public dock and learn about the record-breaking sailor, her boat and how Felicity Ann ended up in the Northwest, in Port Hadlock near Port Townsend, to begin a new life as a sailing platform to “inspire and empower us all, but especially women and girls,” according to the website.

The boat is captained by the Community Boat Project’s Nahja Chimenti, with shoreside presentations by Shelly Randall.

“Thanks, Shelly, for your riveting presentation on Felicity Ann, and her new life in the Pacific Northwest. Thanks to you and the Community Boat Project, Ann Davison’s amazing story will be shared with others around Puget Sound and beyond!” ~ Liz H., Port Ludlow 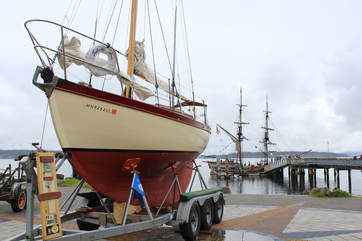 “The voyage is generously sponsored by Kitsap Bank, whose long history in our region includes leadership by the first woman bank president west of the Mississippi. Coincidentally, Hannah Langer was elected to the bank presidency in 1952, the same year Ann Davison set out on her Atlantic attempt!” — The Felicity Ann website.